China, the world's biggest car market, plans to ban the production and sale of diesel and petrol cars and vans.

The country's vice minister of industry said it had started "relevant research" but that it had not yet decided when the ban would come into force.

China made 28 million cars last year, almost a third of the global total.
Both the UK and France have already announced plans to ban new diesel and petrol vehicles by 2040, as part of efforts to reduce pollution and carbon emissions.

Chinese-owned carmaker Volvo said in July that all its new car models would have an electric motor from 2019. 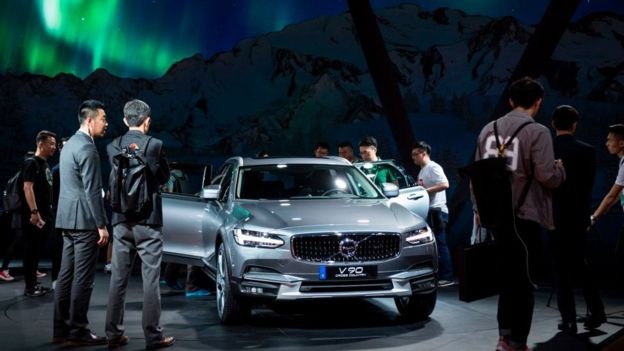 Other global car firms including Renault-Nissan, Ford and General Motors are all working to develop electric cars in China.

Automakers are jostling for a slice of the growing Chinese market ahead of the introduction of new rules designed to fight pollution.

China wants electric battery cars and plug-in hybrids to account for at least one-fifth of its vehicle sales by 2025.

The proposals would require 8% of automakers' sales to be battery electric or plug-in hybrids by next year, rising to 12% in 2020.

Xin predicted the change would create "turbulent times" in the industry.

The shift will also have a knock-on effect on oil demand in China. The country is currently the world's second-largest oil consumer after the US.

This article was originally published on BBC